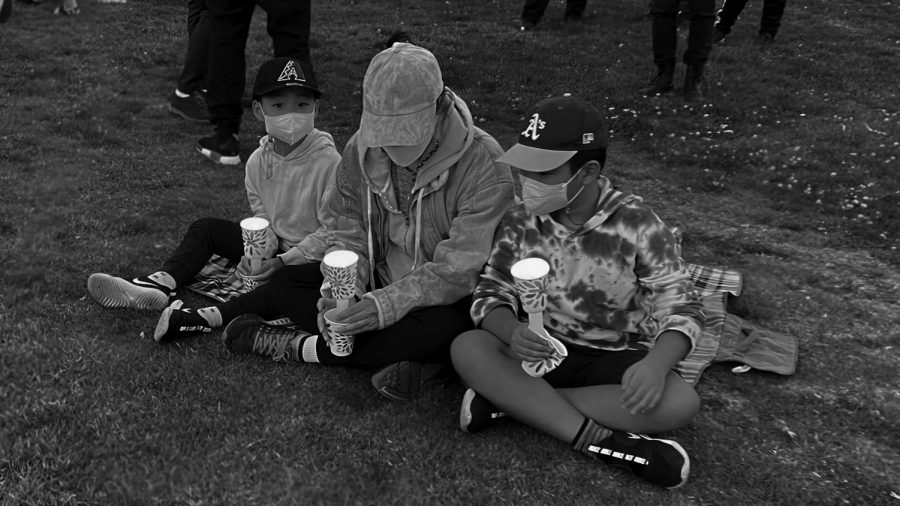 On a chilly night in Atlanta on March 16, a gunman targeted and killed eight, including six Asian American women. Days later, the headlines of major news outlets still read, “motive unknown.” But to me and millions of other Asian Americans and Pacific Islanders, the motive could not have been more clear. How we felt about it, well that was even clearer. Sadness, fear and anger permeated throughout Asian American communities. That night after the shooting, for the first time in what seems like years, I broke down and cried. After a year that saw a nearly 150% increase in anti-Asian hate crimes in the United States, it seemed that in 2021, things would only get worse.

The alarming rise in attacks on Asian Americans is inextricably tied to the COVID-19 pandemic and rhetoric placing blame for the virus on people of Asian descent. Phrases like “China virus” and “kung flu,” which were even used by President Donald Trump while in office, have become common slurs and have encouraged association between Chinese Americans and other Asian Americans with the spread of COVID-19.

The COVID-19 pandemic was an awakening for many Asian Americans. Throughout the country, attacks, mostly targeting Asian American women and elders, have shocked the community and the rest of the world. Suddenly the targets of racist epithets, vandalism and extreme and sometimes deadly acts of violence, the AAPI community has seen an outpour of support as awareness is raised, people are informed and action is taken to #StopAAPIHate.

Fullerton – a woman was told, “bow to me, or you will go back to f—ing where you came from” while getting gas by an assailant

Los Gatos – a 40-year-old medical worker was shoved to the ground from behind and told to, “Go back to f—ing China”

Oakland – a gas station owner is pepper-sprayed and verbally assaulted

Riverside – a 64-year-old woman was stabbed and killed while walking her dogs in what police are calling, “a random attack”

San Francisco – a 75-year-old woman fought back against her attacker who attempted to beat her. A video showing her wounded and crying pointing at her assailaint whom she put in a stretcher went viral. She donated all of the nearly $1 million she received via a GoFundMe.

Seal Beach – an elderly woman received a note reading, “Pack your bags and go back to your country where you belong,” after her husband’s funeral

The “model minority” myth has often ensured that Asian American issues have taken a back seat in discussions of racial justice. Lack of cultural and political representation, cultural norms and few resources have all contributed to complacency with racism among Asian Americans, especially those in older generations.

However, as the country sees dramatic increases in anti-Asian hate crimes, advancement for Asian Americans and Pacific Islanders may finally be garnering long-needed discussion.

In recent weeks, hashtags like #StopAAPIHate and #ProtectAsianLives have spread across social media platforms through use by advocacy groups, politicians and celebrities. Last month, corporations including the NFL, Disney and Nike put out token statements of solidarity with the AAPI community in wake of the Atlanta shooting. Vigils and protests have also been organized by community members including one nearby in Alahambra (above).

Backed by increased calls for action, community leaders have demanded the government to take a more active role in combatting anti-Asian hate crimes. In response, the Biden Administration announced on Mar. 31 the creation of a new Department of Justice AAPI initiative, a COVID-19 equity task force and a $49.5 million fund for AAPI survivors of domestic violence and sexual assault.

Here in California, where 15% of the population is AAPI, lawmakers have added funding to track Asian hate crimes. Gov. Gavin Newsom has also announced he will be appointing Rob Bonta, a Filipino-American, to replace Xavier Becerra as California’s Attorney General.