It is often said that we live in a bubble at Palos Verdes. By a bubble, people mean that residents don’t fully experience the true horrors of the world, even though the dangers are not to far away.

The hawaiian islands, less than 2,500 miles away, is preparing for the chance of a missile strike.The likelihood of a missile strike is very high, especially for Californians, who are  also in range of a strike. To be ready for a strike, sirens sound in the event of an air raid attack to which people respond by practicing preparing . This is the first time the sirens have been implemented since the 1990s.

While these sirens may cause panic, according to the Hawaii tourism department, although there are drills being held, the chance of a missle strike is highly unlikely and it shouldn’t discourage any travelers. The drills are due to heightened tensions between the United States and North Korea. Recently a worker accidently sent an amber alert that there was an incoming missle. Following the amber alert, there was extreme panic and many were unprepared.

Of all fifty states, Hawaii is the first of the states to formulate such a plan. Hawaii is doing these drills to prevent a similar tragedy that happened in 1941: Pearl Harbor.  But this situation is very different. Unlike 1941, Hawaii must consider the aftermath of a nuclear strike, radiation poisoning.

To prepare for the aftermath of the strike, Hawaiians are supposed to know where the local shelter will be set up so they can get aid and contact loved ones. Many of us have family and friends in hawaii, such as Riley Murakawa, a sophomore at Palos Verdes High School. “[My family] right now is unaffected by North Korea. I’m kind of nervous especially because of our aggressive leader, but as of now, my family is ok”.

While the situation seems as it could happen at any moment the chance of a missle strike is miniscule. North Korea is using their missile program as a way to blackmail other countries into giving them what they want. By them actually firing their missiles against another country, they know that their country would most likely be obliterated in return.

Also, missiles aren’t easy to guide to the target. To hit Los Angeles North Korea would need an intercontinental ballistic missile that is capable of surviving the atmospheric re-entry. Luckily, perfecting the heat shields on a missle is no easy task and many experts say North Korea isn’t even close to creating a missile capable of surviving the re-entry into Earth.  Not only will the renery be trouble, but navigating the missle to a certain target requires expert precision. Keeping the missile on track towards its target is not something that North Korea has tested enough.

Currently North Korea’s missiles fired have been working on testing thrust and launching from land. None of the missiles have been tested to go a long distance and hit a target. Regardless of how accurate Korea’s missiles are, the United States has been experimenting with many of their own defense capabilities.

Recently developed the Ballistic Missile Defense system, BMDS for short, has already been placed in South Korea. This device has been tested and known to shoot missiles out of the sky before they detonate or reach their target. In addition, the United States Navy has deployed submarines to patrol the coast of california- right outside the coast of palos verdes- in search of North Korean subs.

Yes North Korea has missiles, yes we are in range of being struck, but as of now, evidence shows there is almost no chance we will be struck. 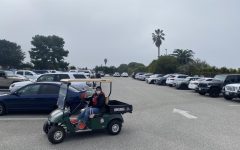 Parking Causes a “Lot” of Problems 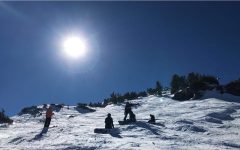 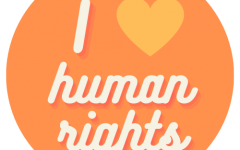 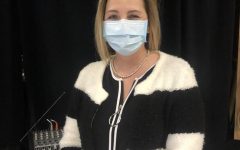 The Return of Ramirez 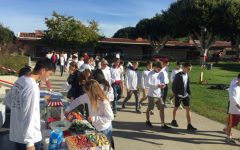