It’s normal to hear people’s study abroad travels spanning two weeks to three months. However, two new PVHS students turned the “study abroad” experience into a lifestyle, having immersed themselves in the culture, language, and food of Germany for four years.

Junior Kristopher Kurtin and freshman Korinna Kurtin flew from Los Angeles across the Atlantic Ocean to Ulm, Germany at the ages of nine and eleven to explore Europe.

The transition to Germany proved to be easy, as they quickly learned German and fell in love with the country.

“On the weekend you just go down to the train station and buy a ticket for two dollars and meet up with friends in the city,” says Kristopher Kurtin, emphasizing the amount of freedom he was given.

The public transportation is “cheap, clean, and quick,” by using the trains and buses, where one can go from Germany to Austria in 3-4 hours.

Korinna Kurtin, on the other hand, found Germany had too many rules for her liking.

“You can’t mow your lawn on a Sunday in small towns. You can’t bounce a basketball loud on a Sunday,” said Korinna Kurtin.

“But I’m able to see the world more there.”

Surprisingly to both of the Kurtin’s, there was a significant difference in education systems between the two countries. The Kurtin’s went to a 200-student International School in Ulm, making it “ much easier to make friends in a smaller community,” said Kristopher Kurtin.

“In Germany, you took the IGCSE [the International General Certificate of Secondary Education] in tenth grade, and after, you could go straight to college free, if you’re a resident,” said Kristopher Kurtin.

The Kurtin’s have made a great transition to America, but they miss their friends and family, as well as the safety of Germany.

“You never get reports about shootings there, and you can walk around the city normally,” said Kristopher Kurtin.

All things considered, the Kurtin’s are excited for the year ahead and are ready to make new friends. 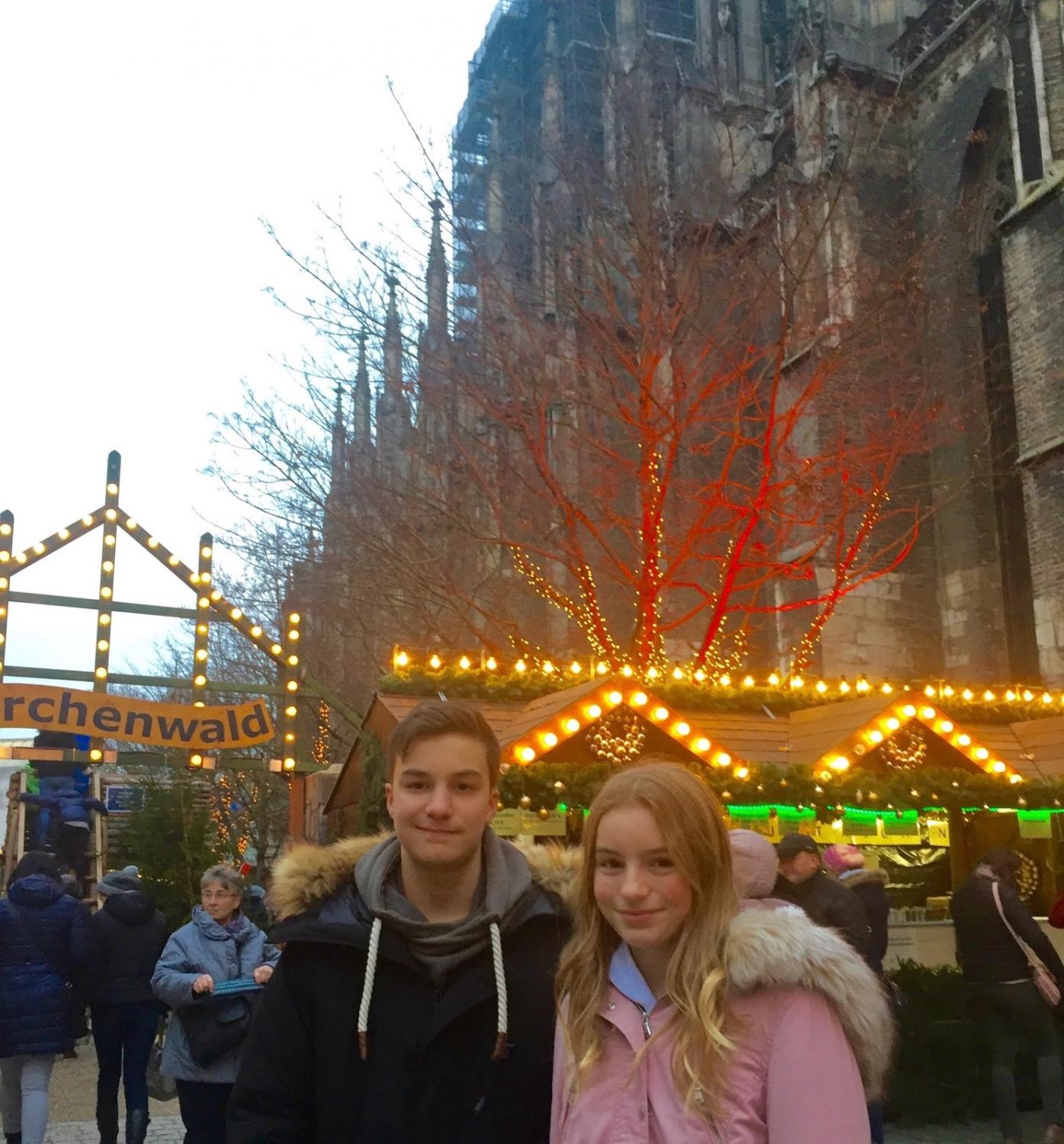